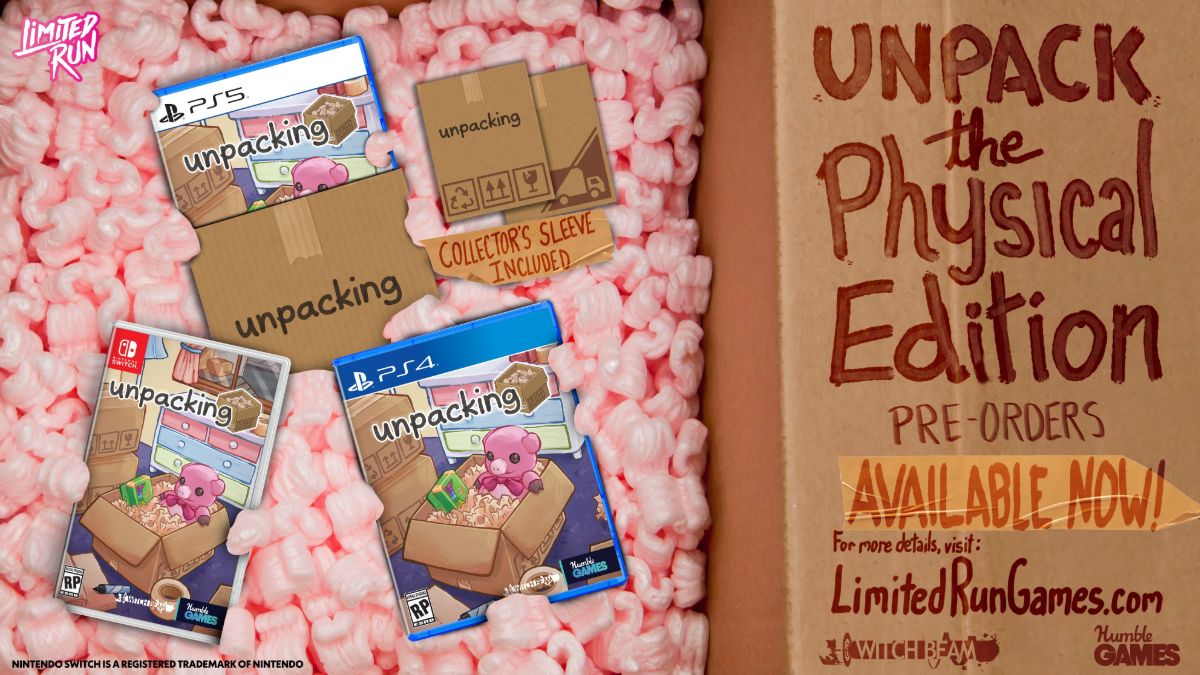 One of the major indie darlings of last year, Unpacking, is getting a physical release thanks to a collaboration with Limited Run Games.

Unpacking is a game where the story is told entirely through unpacking items in a new home that you’re moving into. The indie title has been nominated for several Best Narrative awards including at this year’s BAFTAs as well as winning the Best Audio and the Innovation award.

The physical edition for Unpacking will be available on PlayStation 5, PlayStation 4, and Nintendo Switch which includes an actual cardboard box to unpack the game. It is worth noting that Limited Run Games will not be publishing the game but is instead helping release it through their distribution line. Games published by Limited Run normally have a narrow pre-order window before it is gone forever, but that is not the case with Unpacking, so if you don’t have the money in the foreseeable future there is nothing to worry about.

On top of the physical release, Unpacking will be getting a 2LP vinyl soundtrack from composer and audio director Jeff van Dyck. Van Dyck is a two-time BAFTA-winning composer for Shogun: Total War as well as Alien: Isolation. The vinyl tracklist and number of tracks included are currently unknown.

The Unpacking physical edition is now available for pre-order for $34.99 while the 2LP vinyl is selling for $39.99.