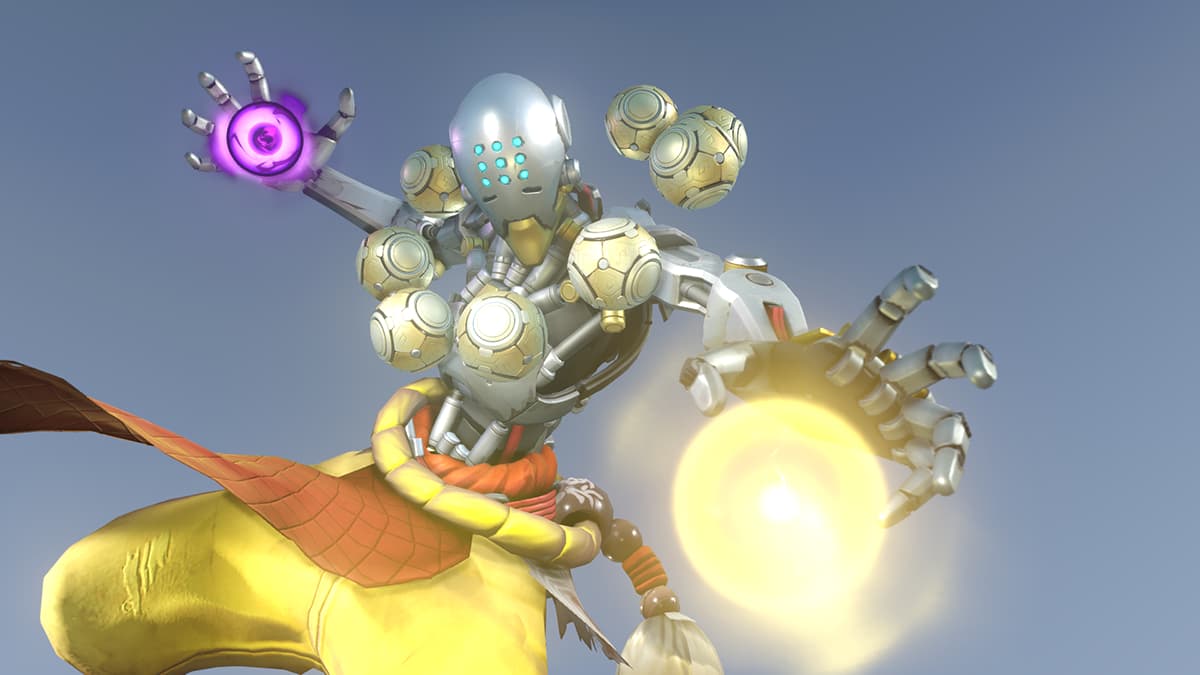 In the Overwatch universe, there are two sides to the Omnic Crisis. On the one hand, are the humans who don’t trust robotic life, and the other is filled with the people fighting for better Omnic lives. Zenyatta is a part of a third party called the Shambali, Omnic monks that preach peace and tranquility between both sides. While that is the case, Zenny has no problem neutralizing enemies on the battlefield. Here is how to play as the Support character Zenyatta in Overwatch 2.

Zenyatta has two shooting modes. His primary fire has him launch one of his orbs out at a time for more accuracy. The secondary fire slowly charges up to five of his orbs that launch forward one after the other for a rapid-fire attack.

How to play Zenyatta

While Zenyatta is the slowest healer in the game, your first job is to ensure your Orb of Healing is always on a teammate. Even if you are far away, you can make sure your teammates get at least a little healing that will stay consistent throughout the fight. The only problem is that you can only heal one at a time, so be sure to distribute it to those who need it most. You can see what teammate and enemy your orbs are on and their current health situation at all times.

Similarly, you should have your Orb of Discord out whenever you see an enemy. You want to have it on whoever your team’s first target is, so a Tank or DPS that jumped into your group or a Support you are all attacking.

Zenyatta should always stay on the backside of your team. He has pretty good damage for anyone who can hit their shots but no mobility to get away from danger, and only his melee can give him space when an enemy jumps on him. You could use Transcendence to get away from danger, but at that point, you are completely wasting your Ultimate. Otherwise, you have to rely on killing any attackers or hoping a teammate helps you when they dive on you.

There are two times you should consider using Transcendence. One is when your team is getting hit hard by the enemy, either them using a lot of Ultimates, or you see a fight beginning to go the wrong way. The other time is when you want to initiate a fight. You can not throw out any orbs while your Ultimate is active, so be sure to have them out beforehand to help even more.

Good teammates to play with Zenyatta

Zenyatta works best with heroes that initiate fights or anyone willing to help him in the back lines. Tracer, Genji, D.Va, Winston, Reaper, Wrecking Ball, Lucio, Reinhardt, or Briggite are all heroes that can fulfill either side of those tasks. Focus your Healing Orb on them first.

All counters and who to counter with Zenyatta

As mentioned above, Zenyatta does not like having enemies in his face. His biggest threats for this will be Tracer, Genji, and Sombra. Reaper, Winston, and D.Va can easily jump on him, but between Orb of Discord and sticking with your teammates, that would often be a death wish for those characters. With fewer shields to protect you, long-range heroes like Widowmaker, Hanzo, Sojourn, Pharah, Cassidy, and Soldier: 76 have an easier time hitting him now, so be more aware of the environment you can use for cover.

The best enemies to use Zenyatta against are bigger targets with which you can hit your shots. Of course, this applies to anyone in the Tank class, but Reaper, Cassidy, Ana, Hanzo, and Torbjorn are all easier to hit. The important thing with him is never taking on enemies alone unless you absolutely have to.