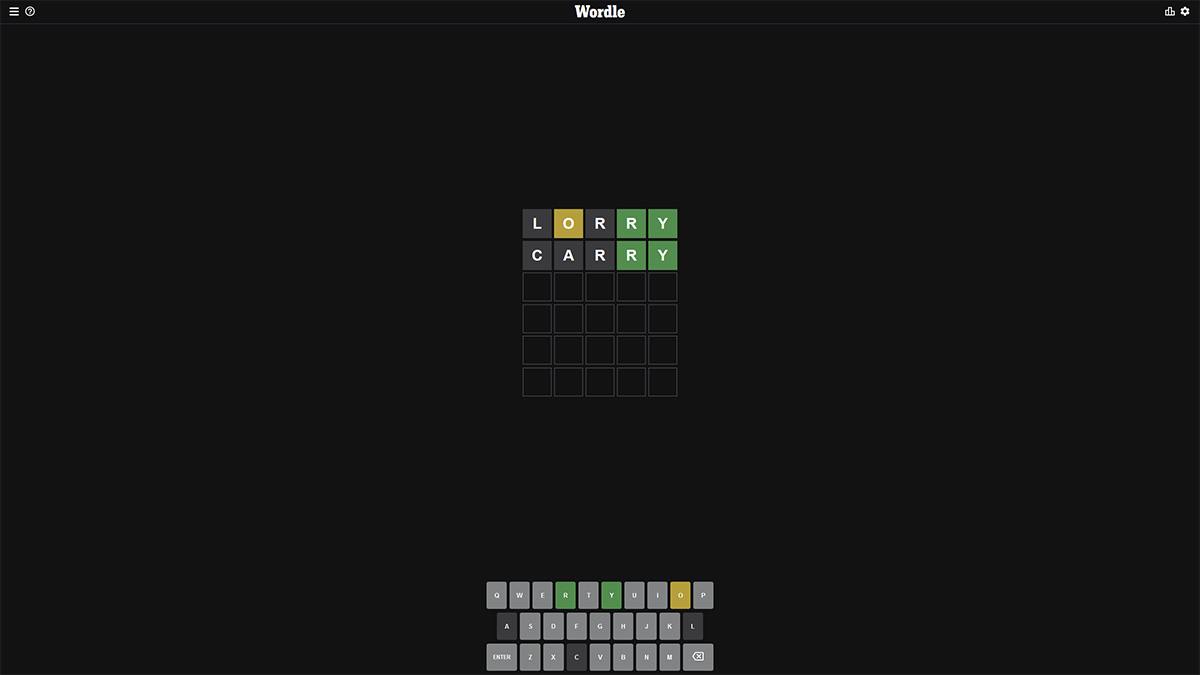 Having trouble with today’s Wordle? With only six tries to guess the right five-letter word, it can be difficult to come up with different words when you only have a few hints.

Today’s clues are that the word has an R as the 4th letter, and a Y as the final letter.

These are the most common words that include ___RY as the last letters. Try to avoid using words with double letters (i.e. “merry” with two “R”s) to maximize your chances of finding the correct letters. It might also help if you don’t go down the list in order, trying words with different combinations (i.e. You may try going with “Retry” first, then “Scary,” followed by “Glory” to find the right letter combinations).

Don’t be afraid to try words that may not have as many clues if you are missing a vital letter (i.e. if you have guessed “Scary,” “Entry,” and “Weary” try a word such as “Glory” to potentially give you the letter you are missing).

You will then be able to solve today’s Wordle without much of an issue!