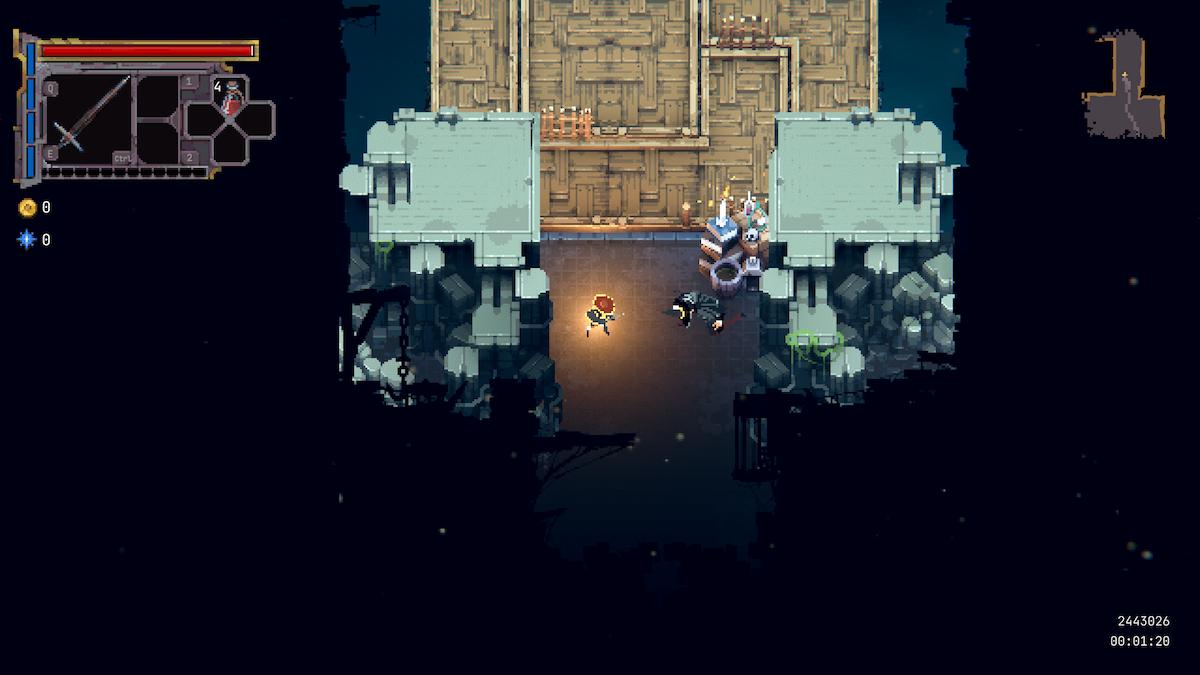 In Loot River, it’s always best to stay stocked up on health potions. They’re incredibly handy in a pinch, especially during the game’s tougher boss fights. If you want some more potions, however, you won’t find them on the corpses of your enemies. Instead, you’ll have to talk with Soap — an NPC located in the northernmost part of the Sanctuary who will double your potions for you.

You’ll find Soap just up the stairs leading to the Sunken Village, where he’ll offer to double your potions. However, his offer comes with a catch: You’ll have to temporarily give up however many potions you’re looking to double. For example, if you give him two potions, you’ll go into the Sunken City with two fewer potions than you normally would have.

Luckily, you get them back pretty quickly. In between levels, you’ll encounter Soap again. Just talk with him, and he’ll give you double the number of potions you gave him. So if you gave him one, you’ll get two; give him two, you’ll get four; give him four, you’ll get eight, and so on. If you do this fairly early on, you can rack up a pretty large amount of potions, which will help greatly the further you get.

As you progress through Loot River’s procedurally-generated dungeons, it helps to have a solid handle on the game’s punishing combat. One tactic we’ve found useful is the perfect parry, which allows you to stagger foes, opening them up for a deadly critical hit.