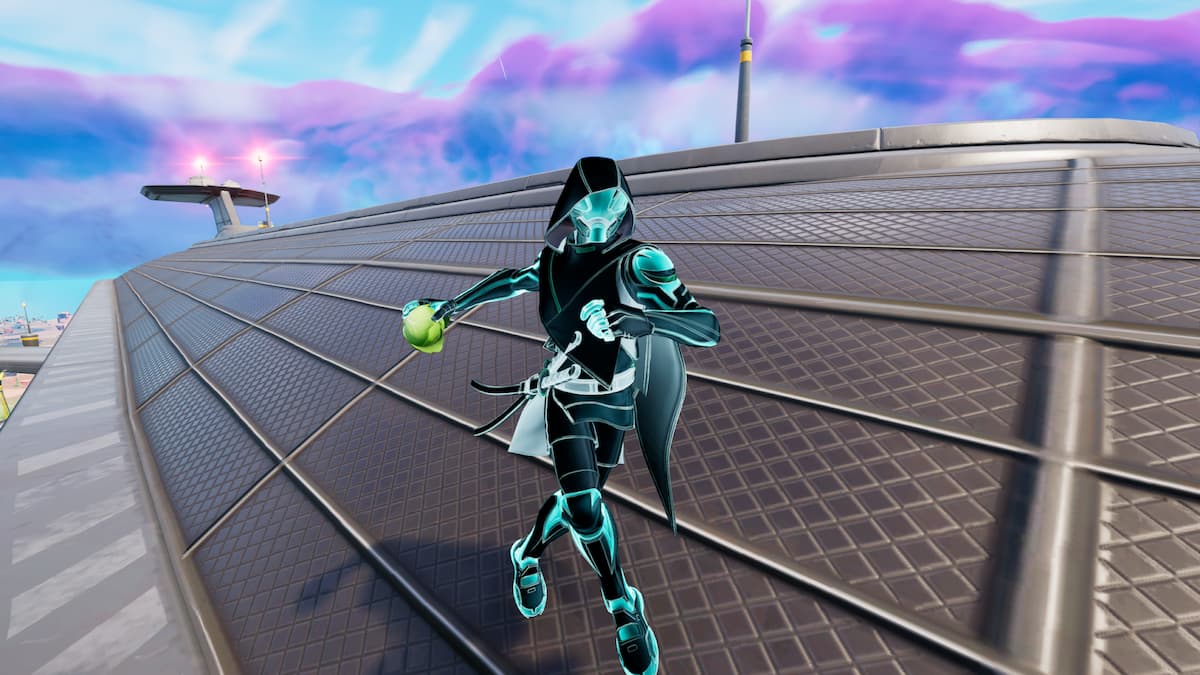 Fortnite has certainly had some absurd and random quests in the past, but no other may be as strange as the task of throwing cabbage 100 meters. The challenge may also be one of the hardest in the season. Not only is cabbage hard to come by, but the game has only ever allowed players to throw items 20 to 30 meters at most. That said, thanks to one new addition in Chapter 3 Season 2, there is one way you can launch cabbage a ways away.

There are few small landmarks that hold cabbage, such as Chateau Bob near Condo Canyon, but we recommend starting this quest by getting a handful from Happy Camper. The location is set just meters south of The Fortress and spawns cabbage near its campsite and RVs (as marked below). It is best to grab as many as you can with the challenge likely taking a few attempts to pull off.

From there, you’ll want to visit and throw the cabbage off of the top of an IO Airship. We highly recommend you head to the ship set above Titled Towers as there’s an IO Cannon just south of Happy Camper that can get you there in just seconds.

Once you’re on the ship, you should adjust your aim by looking as high as you can to ensure the cabbage gains enough arc and distance. It can then be thrown by holding the aim-down-sights button and pressing the fire button. As long as the cabbage has touched the ground, you should have yourself a completed quest and an extra 20,000 XP for a job well done.

Related: Where to find Doctor Strange in Fortnite Chapter 3 Season 2