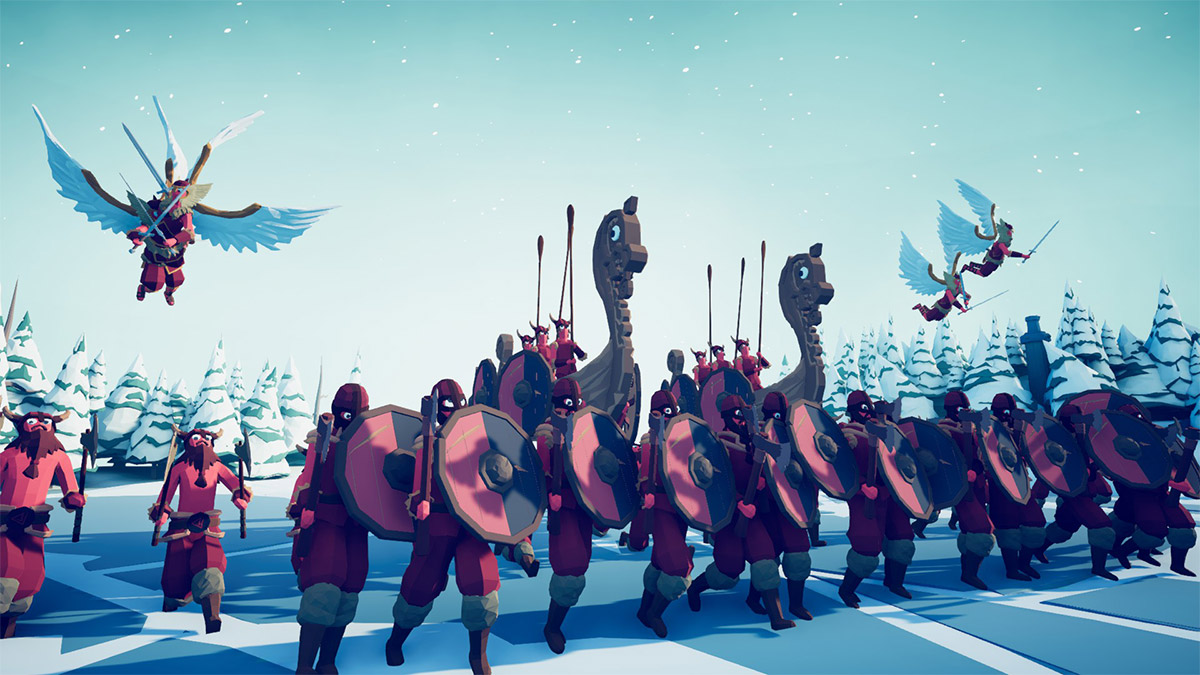 Totally Accurate Battle Simulator (TABS for short), pits two armies of “wobblers” against each other in large-scale battles. Units pull from all sorts of sources, from medieval to pirate to spooky skeletons. It’s been available on PC and Xbox for some time now, but what if you want to take the battles on the go via Nintendo Switch?

TABS is indeed coming to Switch, though it doesn’t have a specific release date just yet. Announced as part of the most recent Nintendo Indie World stream, it’ll release on the hybrid handheld sometime this summer. No pricing was announced, but TABS is currently being sold for $19.99 USD / £15.49 on its other platforms.

How well TABS will run on the Switch is another question though. Armies can have over 100 wobblers apiece, which takes a real toll on even powerful PCs running the game. We don’t know if developer Landfall will be limiting some of those options for the Switch version, but things might get quite frame-y otherwise.

It’s not the first time these tech questions have come up in regards to the current Switch model. Digital Foundry reignited Switch Pro rumors when discussing recent Breath of the Wild 2 footage. Meanwhile, Nintendo recently changed its response to the question of new hardware. A new Switch might be up in the air, but TABS is locked on for this summer.