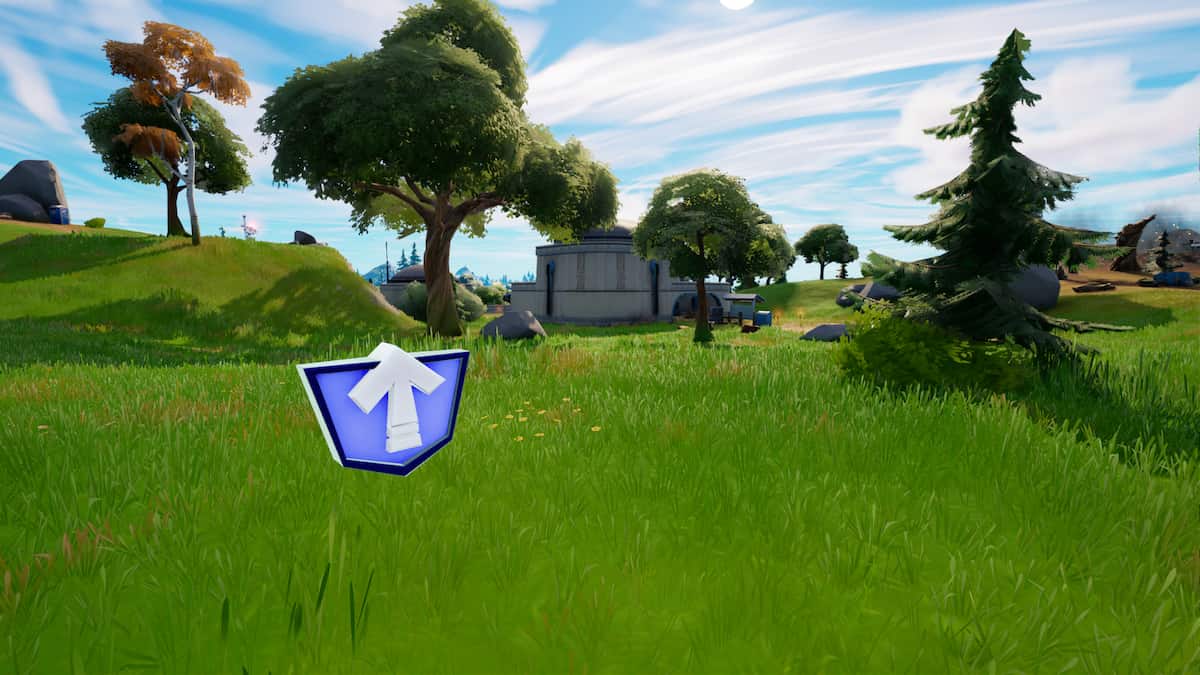 With the Level Up quests returning in Fortnite Chapter 3 Season 2, players can now collect all of its 28 tokens to unlock Omega Knight’s golden style and the rest of his bundle. One of these quests includes a token hunt set southwest of Greasy Grove and finding the collectible isn’t as easy as the game makes it sound. Here’s where you should be headed to run into the item.

Firstly, it is best to know that the Level Up Token is actually closest to the Seven Outpost in the bottom-left corner of the map. You can find the location simply by taking the path that leads west of the craters below Greasy Grove. Once you’re at the outpost, continue left until you have passed the trees that tower over the location. You should then be able to spot the token nearby in a patch of grass.

As this is a Week 1 token, you should also look to collect the other six it has to offer to unlock the Knight’s Torment Back Bling. The cosmetic is a longsword for Omega Knight that matches his shining black and gold armor and can only be owned by finding seven tokens. Better yet, the Back Bling also has a golden style that can be obtained by finding a whooping 21 tokens.

Related: Where to collect the Level Up Token northwest of Camp Cuddle in Fortnite Chapter 3 Season 2