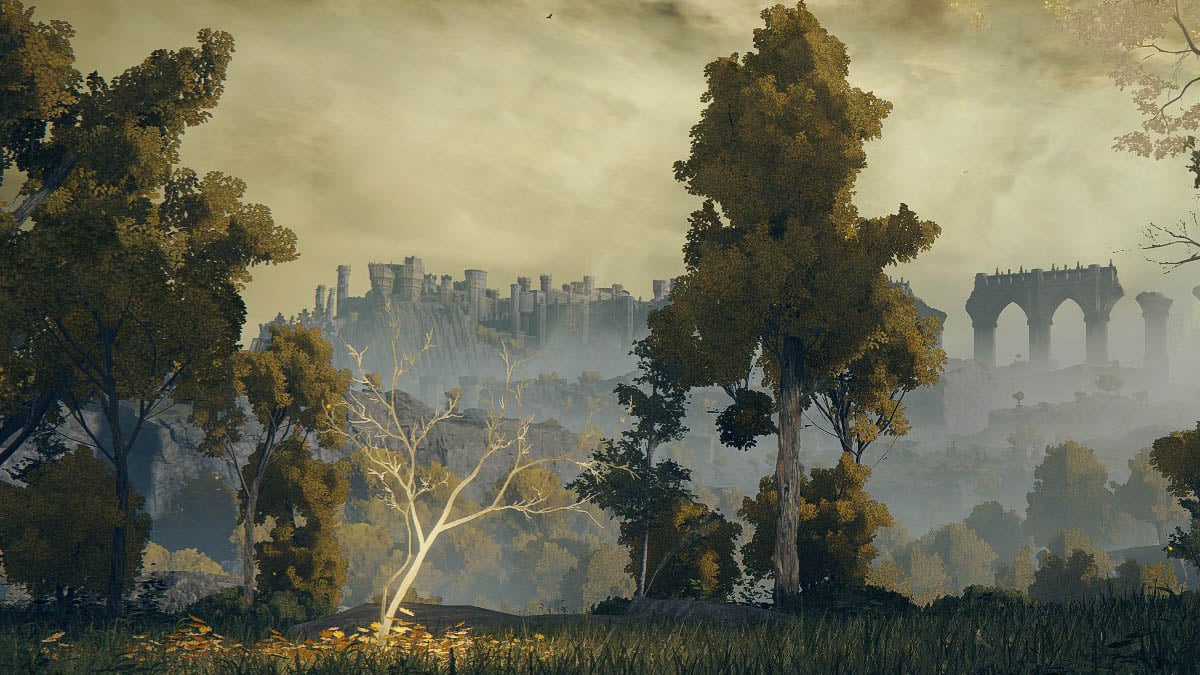 Golden Seeds are a hot commodity for players within FromSoftware’s Elden Ring. Allowing players to increase the number of Crimson or Cerulean flasks held at any one time, respectively either healing the player or restoring their mana.

In the starting region of Limgrave players can find a total of eight seeds, counting the Weeping Peninsula as part of Limgrave. While most are found beneath golden trees, some seeds will ask players to complete certain quests, and a treacherous dungeon will make an appearance as well.

Note the numbers are not necessarily marked in a suggested order of completion, but more so for the sake of organization.

Limgrave tends to be a gentler province. This shouldn’t be read as a safe province, however: a slew of bosses and treacherous dungeons await, and intrepid explorers seeking the Golden Seeds in Limgrave should note that the province hides some difficult content. New players begin here and will spend hours exploring this region as they get a feel for Elden Ring.

The Fringefolk Hero Cave is the first dungeon that players will glimpse in the title, although entering and clearing it is another matter entirely. Complete the Fringefolk Hero Cave in its entirety to grab this Golden Seed. It might be worth noting that this isn’t something a player would want to tackle upon immediately starting the game—level up and grab some decent gear before delving in.

Fort Haight stands on the eastern coast of Limgrave — just south of which is a golden tree. Do yourself a favor while you’re here: head inside and kill everyone, including a difficult knight on the top floor. This will ultimately save you a few trips for Golden Seed 4.

This tree is on a precipice that players will need to circumnavigate on the Weeping Peninsula, just north of Castle Morne.

This Golden Seed is the first which is locked behind a quest. Find a Mr. Haight stranded at the top of some debris, calling for help. He promises to knight the player if they are willing to enter his service and clear Fort Haight (which you did while grabbing Golden Seed 2).

Exhaust the NPCs dialogue until he offers you knighthood, accept it, and meet him at Fort Haight. Kill the demi-humans that have spawned, once again clearing Fort Haight. Then, talk to Lord Haight at the top, and give him his comeuppance to get this Golden Seed.

Walking up the path toward Stormhill, this seed is beneath a tree on the right side of the path. Difficult to miss.

Shortly after being ambushed by a pack of wolves that seem to drop from the heavens, while heading up the Stormhill path beyond Golden Seed 5, look to the right to find a shelter and a woman named Roderika crumpled against a barrel. Complete Roderika’s quest chain to receive another Golden Seed.

This tree is found south of the Secluded Cell just before defeating Godrick the Grafted, near where you find the NPC to help assist in the battle. Teleport to the Secluded Cell and move south, eliminating the enemies, and you’ll find this tree at the turn.

Beneath Stormveil Castle is an Ulcerated Tree Spirit boss, but you’ll need to do a bit of work to get the opportunity to battle it and get the Golden Seed. Players will need to open the Liftside Chamber door first.

Move through the formerly-locked door and begin making your way south, down a series of broken stairwells and precarious platforms. Beware of bats while maneuvering downward, and at the bottom take heed to the rodents of unusual size as you move south. Pick your way past the fallen debris, and notice a drop-down: the mini-boss spawns in the center of this room, and there are no summon opportunities.

Kill the ugly brute for a Stonesword key, a throwing knife, and the final golden seed of Limgrave. Moving a bit farther into the room after slaying the beast will also net players a nifty Prince of Death’s Pustule. The work of the Tarnished is nowhere near complete, however: the region of Liurnia is next.