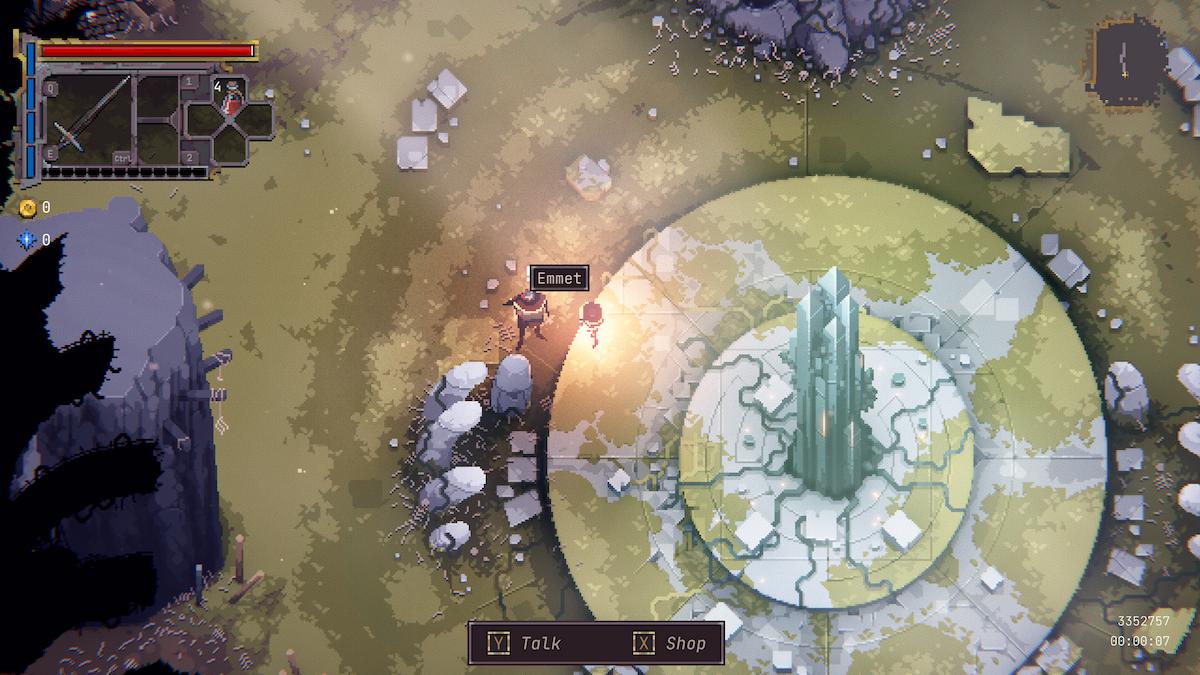 In addition to modifiers, weapons, and spells, you can also earn a healthy variety of hats in Loot River, each of which will alter your game in some way, shape, or form. However, before you can start looting hats off of your enemies’ corpses, you’ll first have to purchase them from Emmet to make them available as drops. Furthermore, before you can do that, you’ll have to rescue the hat salesman himself from the First City — Loot River’s second level.

Like the layout of Loot River’s procedurally-generated levels, both where Emmet spawns inside the First City, and if he spawns at all are wholly reliant on RNG. There may be runs where you scour every inch of the level, but fail to find him. In our time with the game, we found him standing in the middle of a larger stone platform, but again, where he spawns seems to be random.

Related: How to unlock more weapons and spells in Loot River

Additionally, make sure you have the “Modest City” modifier — which makes the First City’s layout a lot smaller and more simple — off when you’re looking for him. Through roughly a dozen runs, he didn’t spawn once when we tried finding him with this modifier on.

Once you find and talk to him, he will return to the Sanctuary, and you’ll be able to meet him there on your next run. He’s located to the left of the crystalline structure at the center of the Sanctuary. Speaking with him will also unlock the “Bravery” achievement.

Speak to Emmet, and you’ll be able to purchase hats from him using Knowledge, which you can accumulate by defeating enemies, clearing levels quickly, and by opening chests. Once you purchase a hat, you can acquire it as a random drop from enemies.

Related: How to Escape the Sunken Village in two minutes in Loot River

Hats have a variety of different effects. For example, the Coif of Remembrance randomizes your stats in your next run if you die while wearing it. They’re a great way to spend your Knowledge if you don’t want to snag a new spell or weapon.