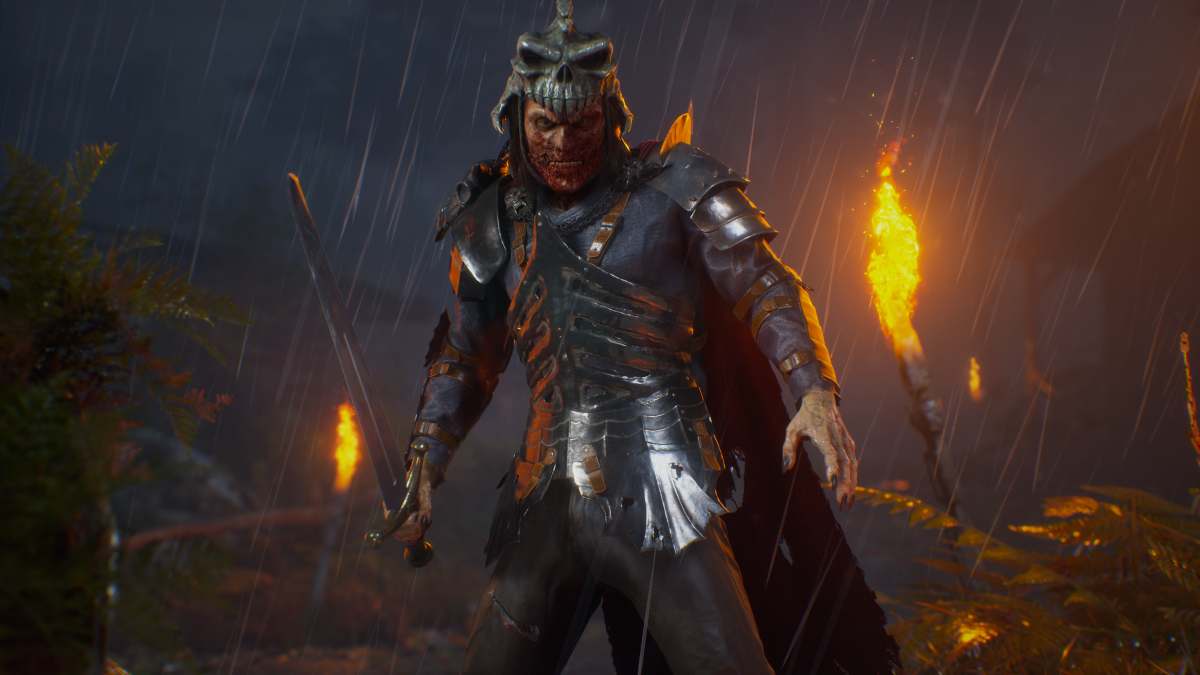 Throughout any Evil Dead: The Game match, especially in the first half, your job as the Kandarian Demon is to get strong. You may not always be in proximity of the Survivors so you can engage them, but you will always be within reach of static traps, loot crates, and objects or Deadites you can possess. Setting traps and possessing things always gives a bit of XP, allowing you to raise your Threat level and unlock more abilities. For that reason, whenever you are not fighting other players you should be setting traps and otherwise spending your Infernal Energy to farm XP. As soon as you can, increase your Energy upgrade to level III in order to gain passive Energy regeneration.

Possessing cars gives a sizable chunk of XP, and has other uses, too. Possessing a vehicle will stop it dead in its tracks and eject all players from it, letting you delay and annoy them. Cars move faster than the Kandarian Demon and allow Survivors to farm the map efficiently themselves, so these “speed bump” possessions are quite strong. And speaking of cars, be careful when “driving” as a Kandarian Demon, because you may accidentally mow down your own minions while aiming for players.

To cover more ground and loot faster, Survivors will often split up at the start of a match. After you have done some initial farming and trapping, try to locate isolated players and mess with them. As the Kandarian Demon, the more you weaken and hamper players at this stage, the easier it will be to take them down later on and win. Survivors’ powers are multiplicative with each other, and removing even one of them from the equation makes the whole team much more vulnerable. This is why you want to set up these “weak links” as soon as possible: damaged and Fearful Survivors whom you can take advantage of later on in big fights around objectives.

Whenever you do manage to down a Survivor during a fight, do your best to stay near them and watch for pick-up attempts — especially if that Survivor is a Leader or Support. Survivors are vulnerable when they try to rescue each other, and this may be your chance to take more players out. At the very least, making pick-ups difficult wastes Survivors’ time.

Playing any of the Kandarian Demon characters involves regularly spawning Deadites and other minions to do your bidding. Individually, your summons are weak and the Survivors can deal with them easily — so instead of spamming Gates whenever you can, save up your Infernal Energy and summon all of your minions together, overwhelming the Survivors with a horde of minions. This typically forces them to group closer together, allowing you to hit multiple Survivors with your jumpscare charge and inflict lots of Fear. This in turn sets you up to possess someone and turn them against their team, snowballing your advantage in the chaos.

Know when to possess and when to stop

As a Kandarian Demon in Evil Dead: The Game, you can possess your Deadites and minions to control them more actively. You can then un-possess whenever you want to return to your immaterial form, but this kills your possessed minion, so you should avoid doing it. Be prepared to fight to the “death” with each possession. Conversely, your Boss form is almost indestructible, but it drains Infernal Energy slowly while you are in it. Sometimes it makes sense to willingly exit your Boss so you can continue spawning Deadites and possessing Survivors.

A final and very important note on Demon possession in Evil Dead: The Game is that you should never possess Deadites if you can possess a Survivor instead. Taking Survivors out of the fight even for a moment and forcing their teammates to run or fight them can swing the momentum massively in your favor. Not only does it take the heat off of your minions, but it allows you to split the Survivors up, and waste their time and resources.