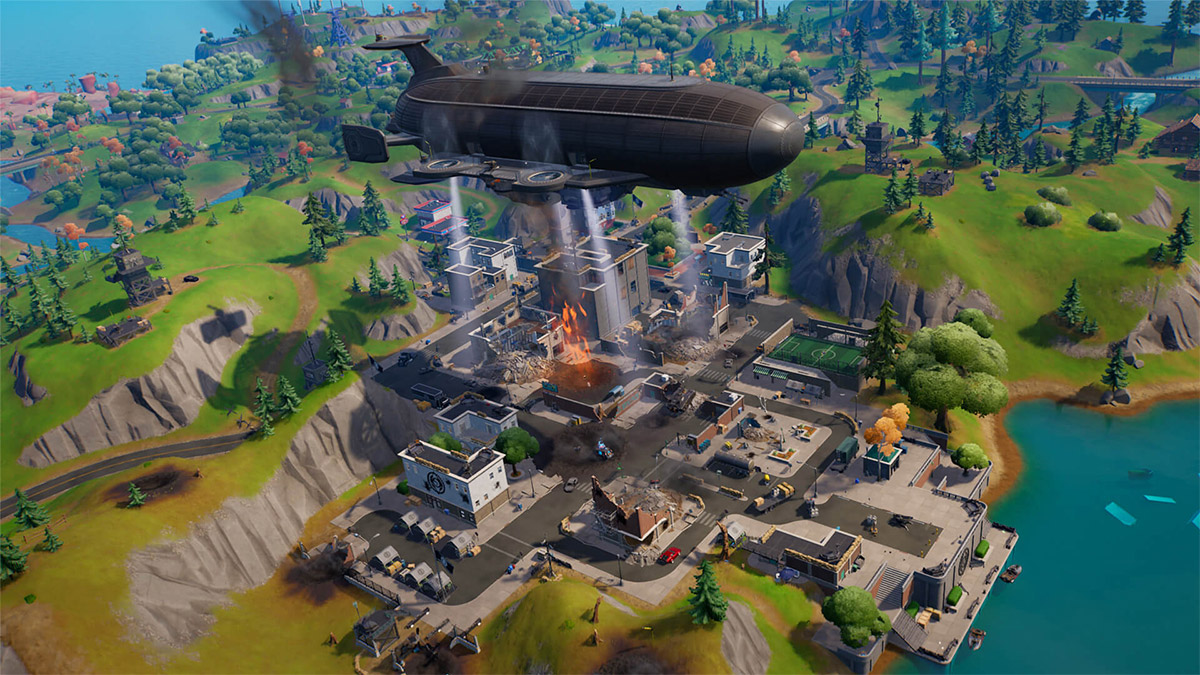 IO forces attacked Coney Crossroads in a previous update, and now they’ve come for Tilted Towers. Luckily, you can fight the enemy force with helicopters, re-balanced shotguns, and even Star Wars‘ signature Lightsabers.

Fortnite’s v20.30 update is here, and the patch notes on the blog start with the ongoing IO conflict. Tilted Towers is under attack in what Epic Games is calling “the most climactic POI Battle.” They have a blimp, but Fortnite players can fund Choppas from any of the island’s seven outposts. It’ll cost you gold bars to fund them, but once fully funded, the helicopters will be immediately unvaulted and ready to fly.

Along with the aerial vehicles come re-balances for shotguns. Every shotgun has received a maximum damage cap for a single shot, but there are individual tweaks too. The Auto Shotgun, Drum Shotgun, and Striker Pump Shotgun all had their minimum pellet-hit count raised from three to four. Auto and Striker Pump shotguns got increased pellet and headshot damage, while the Drum and Ranger shotguns saw just their headshot damage increased. Finally, the Drum Shotgun’s effective range has been decreased.

Fortnite has also brought back Lightsabers just before Star Wars Day, May 4. Jedi Master Obi-Wan Kenobi was teased along with those, and he’d be far from the only new addition to the game’s roster. The robotic boxer Southpaw just made her way to the game in the latest Crew Pack.