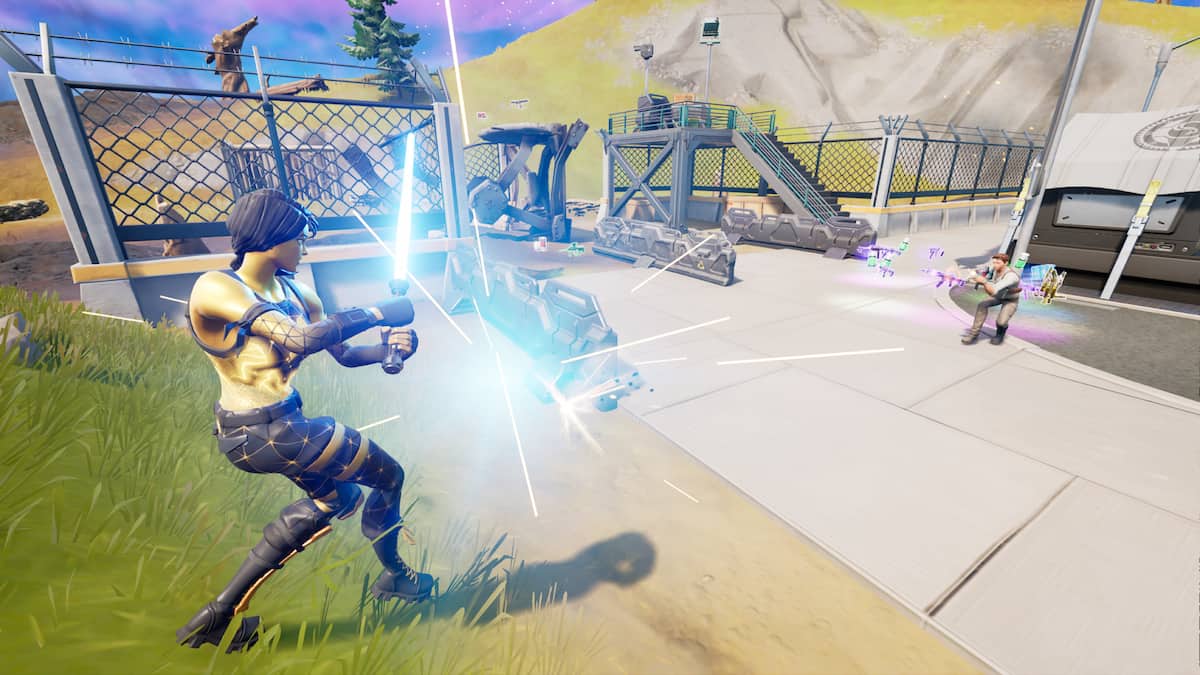 With the limited-time addition of lightsabers, Fortnite Chapter 3 Season 2 now gives blade wielders a collection of advantages over other players. The most underrated advantage is the ability to block incoming gun or blaster fire for short bursts of time. Better yet, players who learn and use this can even obtain a large sum of XP and maybe even an exclusive item.

Those using a lightsaber can block with the weapon by holding down their respective aim-down-sights button. Of course, to ensure the move isn’t overpowered, only 10 shots can be blocked at a time until the ability goes on a three second cooldown. Additionally, this move will only absorb incoming fire and will not direct it back to opponents. It is also recommended you keep an eye for opponents with the E-11 Blaster Rifle. The new Mythic weapon has an infinite amount of ammo, ultimately allowing its bullets to eventually outlast your blocks.

Blocking does come with several benefits outside the game, as well. For instance, one challenge in the new May the 4th set of quests will reward 30,000 XP once 10 hits or shots are blocked. Although, if you’re able to complete all Star Wars-themed challenges, the game will also grant you access to an exclusive Empire banner. These other challenges include visiting a Stormtrooper outpost, then placing top 25, as well as completing a bounty for a Stormtrooper.