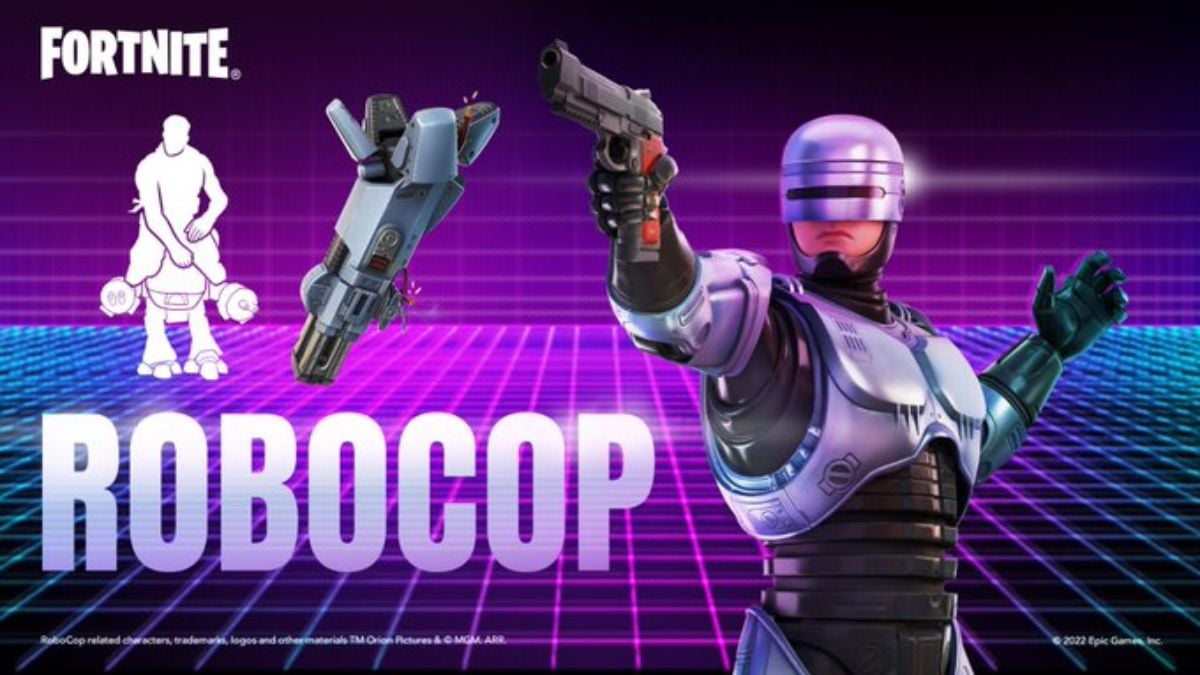 Fortnite is taking us back to 1980s Detroit as RoboCop is the latest crossover coming to the hit battle royale. The popular human-cyborg has made his way to the Fortnite item shop for fans to pick up and add to their ever-growing collection of Fortnite skins. RoboCop is the latest of popular movie characters in its era to be added to the game. In the past, we have received the Predator, the Xenomorph, and Ripley from the Alien franchise as well as the Terminator and Sarah Connors from the Terminator series.

The RoboCop skin is based on his original look in the 1987 film of the same name. He comes equipped with the LEG-209 back bling, which also serves as his harvesting tool. Additionally, there is a RoboCop-inspired emote where your character is riding a little machine called Lil’ Ed-209. The emote is not exclusive to the RoboCop skin.

Fortnite has had a wide range of collaborations during this latest season adding several new Marvel characters including The Prowler as well as Doctor Strange and Scarlet Witch in line with the release of the latest Marvel Cinematic Universe film Doctor Strange in the Multiverse of Madness. On top of that, Epic Games has released a Wu-Tang Clan bundle, Sakura and Blanka from Street Fighter in celebration of its 35th anniversary, and finally brought back the Star Wars skins for May the 4th. There has also been a tease that Obi-Wan Kenobi will be added to the game either in the Fortnite item shop or through Chapter 3 Season 3’s battle pass, which begins next month to help promote the upcoming Disney Plus show focused on the titular character.